Recently, I was digging around for some inauthentic hadith for a project I am working on. Since, in Islam, we have a strict grading system to let us know which hadith are actually attributed to the Prophet Muhammad (PBUH) and which ones are just made-up, it was pretty easy to find the made-up ones.

There are tons of these made-up hadith that are just trash tossed from the sacred texts of the authentic hadith collections. Some people are the worst, wanting to manipulate the religion to suit their own desires. 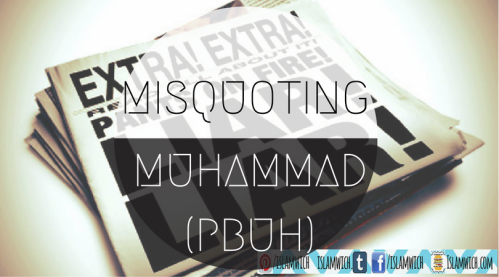 Then I thought it might be fun to take a look at some made-up (or fabricated) hadith and make fun, er, point out how absurd they are. Again, all of these hadith were made-up and are not actually said, done, or approved by the Prophet (PBUH) himself. I would NEVER EVER make fun of any authentic hadith. And neither should you. That is dangerous territory.

But since these are all from liars, game on, playas!

1. Made-up hadith: The sneezing of a person while another is speaking is a proof that what the person is saying is the truth. (Classified fabricated by Ibn Jawzee)

Theresa’s Response: This one is kinda like believing that if a cat farts in the middle of the street, you know you are going to come into money. It’s superstition and weird at that. Muslims don’t do superstition.