Is Earth flat? What happens when we sail past the horizon?

Did dinosaurs really exist? How did they become extinct?

Are there intelligent forms of life on other planets? Have they ever contacted us?

What happens after we die? Has anyone come close to experiencing it for real?

A cursory glance at a general encyclopedia shows humans have never fallen short of curiosity and wonder. Never satisfied with the present and tangible, we strive to answer questions every second of every day — even those that have been answered before!

And, no matter, what the subject of interrogation is at the moment, the one topic that always finds its way back into the spotlight of our inquisitiveness is religion. Believers and non-believers, alike, insist their truth is THE truth and all others must conform to THEIR interpretation.

Before we get too far ahead of ourselves, I’m not trying to drag back the dead horse and beat it all over again. This post is not going to question the truths of Islam — or any other religion, for that matter. 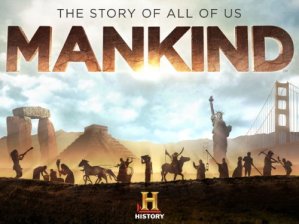 There are a great many people who’ve made a significant impact throughout the History of Man: Socrates, Aristotle, the Virgin Mary, Amelia Earheart, Gandhi, MLK, Hitler — hey, not ALL impact is positive.

But I can almost guarantee that no matter which influential character of history you name in a mixed group of people, there are two individuals whose existence is incomparable to the rest: Essa (Jesus) and Muhammad, may God’s peace and blessings be upon both of them.

Their entrances into the History of Man marked greater change and evolution than any others, yet for difference reasons. On the one hand, we have Essa (pbuh), born to an unmarried virgin, whose actual existence is still, to this day, questioned by those determined to denounce his divinity. (Because we all know, if someone ISN’T equated to God, then he must have never existed at all . . .)

On the other hand, we have Muhammad (pbuh), an illiterate orphan whose prophecy is questioned by those whose faith is based on Jesus being the actual son of God.

Let’s be honest, the greatest difference between Christians and Muslims is the definition of Jesus’ identity . . . the rest is sweating the small stuff . . .

To their respective followers, they are considered the greatest representatives of their times and beyond; timeless examples for all mankind.

Perhaps it is a bit ironic that I’m writing this post today, only a couple days before the annual celebration of Jesus’ birth — also known as Christmas. I assure you this was not a scheduled intention.

However, in my mind, I see it as a happy intersection. As a former Christian, and now proudly-Muslim convert, and American-born-and-bred Southerner, Christmas is not a foreign tradition to me.

While my understanding of the holiday has broadened, and my opinion of it overall changed, as I have grown as a human AND Muslim, it’s impossible to deny the positive influence it had on me for many years.

But, this post is not about whether we should or should not participate in Christmas, as former Christians. No, this post is about something that is preached about much more often during this time of year than at any other. And, it just so happens, this topic of sermons worldwide is also another similarity between two of the greatest men to walk the Earth.

Throughout their prophethoods, both Essa and Muhammad (pbuh) had a purpose. They were chosen and molded to share God’s Word and Commandments to all of the people during their respective times.

We know they did not live simultaneously. If they had, they would have no doubt been comrades, partners, associates — disciples or sahaba of each other — determined to work together to convey their most important message. They would not have been working against each other.

Unfortunately, modern day-Christians and Muslims have come to be doing just that. We’re at each others’ throats — insulting, harming, killing, hating each other because of the slightest of differences in belief.

The Qur’an tells us in Surah Yunus, Verse 99:

And had your Lord willed, those on earth would have believed – all of them entirely. Then, [O Muhammad], would you compel the people in order that they become believers?

Alas, we are as Allah’s made us. But this doesn’t mean we can’t coexist and work together to make this world what Allah has intended it to be. 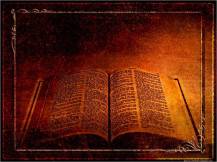 The secret to interfaith harmony can be found in the final sermons (khutbah) of these magnanimous men. Though their teaching methods differed, their messages were undoubtedly the same.

Along with the ultimate commandment that God is One, and He alone should be worshiped, both messengers strove to reclaim the rights and value of those who’d been sidelined and dehumanized: the indigent, the women, the children, the old, the poor.

While there are various interpretations and considerations of which of his sermons is considered the actual “last” (the Sermon on the Mount, the Last Supper, his curse on Israel while hanging on the cross), there is a specific sermon — in Christian tradition — that Essa (pbuh) delivered to his disciples (sahaba). It is called the Farewell Discourse, and its components can be found expounded upon in many locations across the internet. (For brevity, I have linked the Wikipedia discussion.)

And, it is in this Final Prayer, recorded in John 17:26, that we find a most important reminder:

I made known unto them thy name, and will make it known; that the love with which thou loves me may be in them, and I in them.

Here Essa (pbuh) is saying he has done what Allah has asked him to do by conveying His Name, and he asks Allah to imbue his followers with love for one another equal to the love Allah has for His messenger.

The overall theme of the Farewell Discourse is the New Commandment that Essa places on the heads of his followers, which can be found in John 13:34:

As Essa (pbuh) before him, Muhammad (pbuh) also used his final sermon to convey the importance of brotherhood (ummah, non-gender specific), equality and fulfilling responsibility to others.

Among the list of imparted wisdoms include some of the most important summaries in mankind’s history, including the following translated from Al-Jahiz in al-Bayan wa al-Tabyin:

All praise is Allah’s. We praise Him, seek His help, ask His forgiveness, and we repent unto Him. We seek refuge in Allah from the evils of our selves and our bad actions. Whomever Allah guides none can lead astray, and whomever He leads astray has no one to guide him. I testify that there is no god but Allah alone, without any partner, and I testify that Muhammad is his slave and messenger.

In addition, Muhammad (pbuh) also reminded his followers to:

However, perhaps his most assuring and empowering statement is the oft-quoted:

The noblest of you in Allah’s sight is the most God fearing: Arab has no merit over non-Arab other than God fearing-ness.

In the end, while both sermons focused on specific tenets that had been at the forefront of each messenger’s ministry, it is clear they both presented a similar message to those they were leaving behind:

God alone shall be worshiped; love each other; be kind to all; take care of those you are responsible for; promote justice.

Now it is up to us — Christians and Muslims and all — to unite and reclaim these simple guidelines to restore what has been lost in this growingly-chaotic, terror- and destruction-filled reality:

7 thoughts on “The Last Sermons of Prophets Jesus and Muhammad”