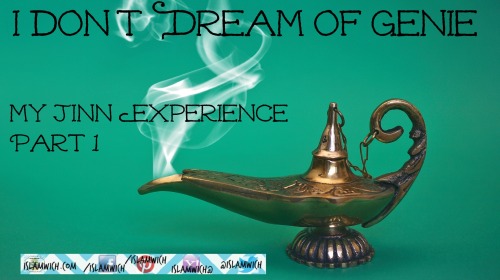 Written and Experienced by Stephanie Siam

As I write this, I’m sitting in a Starbucks in broad daylight. There’s a sign on the door that indicates this is a “Safe Space”. In shaa Allah (by the will of God).

In 2009, my mother and I were involved in an accident (not in a car) that put her in the hospital for weeks and herniated my spine in a way that would change my life. Alhamdulillah (thank God), we recovered – for the most part.

However, I ended up with serious chronic back pain and a weaker spine.

Soon after this accident, I also started having other health issues that required me to visit multiple specialists. After years of dealing with pain and misdiagnosis, I was finally diagnosed in 2012 with fibromyalgia and PCOS.

I began seeing an awesome (masha’Allah – all praise be to God) physiotherapist who had what I call “healing hands” for my back pain. Yet, after my sessions ended, I found the pain returned.

I began deliberating whether I should return to physiotherapy or try a different course of action. I also researched Islamic approaches to dealing with chronic pain, stress and illness.

This is where I learned about ruqyah, which is the recitation of Qur’an by a pious person over or for an ill or afflicted person with the intention of helping them heal.

When it is boiled down, ruqyah is really just (when done correctly) asking the Creator of all things to heal you. Of course, as Muslims, we are also supposed to seek modern medical help. Islam is not Christian Science, people.

I’ve just returned from work, sore all over (as usual) from a long day of standing and teaching. My back is cramping, and my bones feel brittle and weak.

My hubby is watching television while our daughter works on her homework at the coffee table. I greet them with a sigh and a smile as I drop onto our stiff couch.

“I talked to my friend today,” he says, turning the volume down on the television.

“Yeah? About what?” I’m watching our daughter do mental math calculations, silently wondering what to do about dinner. Why am I the only one who can just eat a sandwich?

“Well, he said there’s a very important doctor coming to town from his country. The doctor is known for treating back problems.”

“Really?” I ask. “He’s a neurosurgeon? An orthopaedic specialist?”

Unconvinced, I press harder. “What kind of doctor is he exactly?”

“Okay,” he confesses. “He’s like a kind of shaikh (religious scholar). He meets with the patient and finds out their problems, and. . .he’s supposed to be really good at what he does.”

“Um-hmm. . .and exactly how does he treat his patients?” I don’t like where this is heading, I think to myself.

I’m quiet a few moments, thinking to myself. I’ve been reading about this exact thing: ruqyah. I’m not a superstitious person in the least.

And while I believe that jinn (another creation of beings that are unseen to human beings but operate in much the same way and can be both good and bad) are real, I don’t really think much about them. But just reading about ruqyah made me uncomfortable. I read the rules and stipulations, and it just seemed like something that could be easily messed up.

I look at my hubby, one eye arched inquisitively, and ask, “Are you talking about ruqyah?”

He sort of smiles, a look of confusion on his face. “You’ve heard of it?”

“Actually, I’ve been reading about it.”

“Do you know anything about ruqyah?” I ask.

“I know. But from what I was reading, it can be dangerous. Are you sure it’s halal (Islamically permissible)?”

“No, he doesn’t have an office. He’s just visiting. He would come here and meet with us. I don’t think he’d have to touch you. Maybe. But over your hijab (Islamic clothing).”

I think about what he’s said. All of a sudden, I get a queasy feeling in my stomach. “He would come here? We would do it in our house?”

I shake my head vigorously. “No. I just don’t feel good about it. I like physiotherapy, and I know it works. I think I’ll continue with that.”

He shrugs. “Okay. But think about it. He’ll be here a couple of weeks, I think.”

“I actually talked to him over the phone.”

The hairs on the back of my neck prickle.

“I told him about your problems.”

“You did what?!” I’m not angry, but my stomach is churning as thoughts start to creep into my head. “What exactly did you say?”

“I just told him about your back and stuff.”

“Did you tell him my name?”

He blushes, an embarrassed blush. “Yes.”

“You told him my name?!!! He knows my name???” I run my hands over my head, the temperature in my face rising quickly. “What else did you tell him? Does he know where we live?”

“No, no, no. I just talked to him about your pain, and mentioned your health problems, and I gave him your name so he could pray for you.” He sat quietly for a few moments while I thought about the implications of his actions. This anonymous shaikh had my name. He would “pray” for me, whatever that meant. He knew about my health problems. This just did not have a good vibe.

“Is there anything else?” I asked.

“Well, I told him my name and asked him about some things about my business. And he told me some information about me.”

“He said I have a jinn attached to me.”

I cocked an eyebrow and chuckled. “You what?”

20 thoughts on “I Don’t Dream of Genie: My Jinn Experience Part 1”