As an American and a Muslim, I am trying my best to fill the enormous gap of understanding between the “Western world” and the “Muslim world”. And mostly I have discussed what Americans/Westerners don’t know about Islam and the Muslims, or rather what they get dead wrong.

But today I am flipping the script and talking about what Muslims (from overseas … because there is such a thing as Muslim Americans … me, for example) think about America and Americans that are false or just harmful stereotyping.

This prejudice thing is a two-way street. And the sooner we start thinking in terms of one world, with billions of individuals, instead of us vs. them, the sooner we can get down to the business of peace.

So let me introduce you, who may not know America except through stereotypes, to reality. 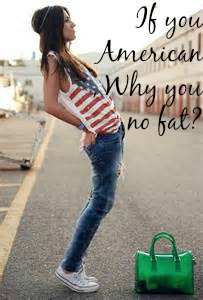 Sure, a large amount of Americans are overweight. Sure, we have a show called “Man versus Food” where a dude eats so much that he almost dies every episode.

And yes, we do have an obesity problem, but it has little to do with gluttony and a lot to do with what the government subsidizes and allows corporations to sell as food that is not really food at all. It’s a whole thing.

BUT Americans are becoming more and more conscious about what they eat and what they think is actually edible (not McDonald’s. that is for sure). As it turns out, tons of Americans are obsessed with healthy living, moderation, and clean eating.

Yes, this one is true. Except that I can’t think of any group of people that doesn’t have an arrogance problem. This arrogance thing is a human problem. Many people including Americans, are humble, but most human beings are arrogant.

3. Americans are either cowboys or business professionals

Don’t forget about all the hipsters and soccer moms. 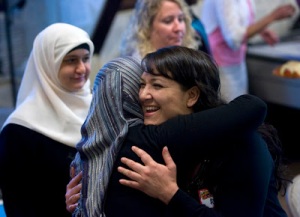 Nope. Not even close.

Some people really do hate Muslims. But most people are open-minded and welcoming. Generally, Americans have a deep love of difference, exploring other cultures, and learning new things.

5. America is one big mall and everyone is obsessed with consumerism

BEEEPPPP … This is a message from the Emergency Shopping System: BEEEPPPPPP …

We interrupt this regularly scheduled blog because Sephora is having a sale.

Just joking. I have never even been to a Sephora.

This stereotype has its basis in reality. But it is an oversimplification.

Yes, there are shopping centers everywhere and more pop up like weeds. And yes, many Americans go into debt buying crap they do not need. But the problem is not that people want to do this mindless shopping and spending. It is more like big business in cooperation with ad execs have brainwashed us into thinking this is our only purpose in life.

There is, however, a huge movement in the Western world called anti-consumerism. More and more people are opening their eyes to this problem and de-programing their brains.  Google Anti-Consumerism movement to find out more (I’m too lazy to add a link. See why in # 9).

Every group has there stupid people. Just because our dumb people know how to use YouTube and Twitter or start a “news” network and name it after a smart animal (a Fox), doesn’t mean we are all more dumber! 😉

7. America’s elected officials represent the wishes of the people.

So funny! Oh, wait, you really believe that?

Most Americans don’t even know what is done in their names by their “representatives”. After the election is over and officials take office, they pretty much do whatever their campaign financiers tell them, and disregard the needs of the people and the interests of the country. All for the sake of getting more money to be re-elected and do it all over again. 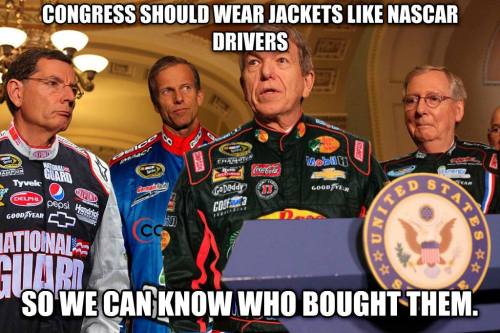 8. We are all rioting in the streets over racial tension.

Sometimes we march in peaceful protest and sometimes it’s not about race but income inequality or the occupation in Palestine.

We do have problems with racism and riots do break out. But just like the entire Middle East is not constantly in chaos, the US is not in constant riot or threat of riot. It’s a big place that the media can sometimes represent in a small way.

I am lazy, but I am not exactly representative of the whole.

Follow this link (click here) to find out why “lazy” is an inaccurate representation of the average American and the history of America. That is, unless you are too lazy to read another thing.

One in five American families are going hungry right now. And homelessness is at crisis levels.  America is home to some very rich people. But those people make up only 1% of our population.  The very rich 1 % own 40% of all wealth in America. To add insult to injury, these rich citizens get major tax breaks (see # 7

to find out why.)

We were once a nation with a large middle class of people who lived comfortably with a lot of surplus.

But now we are a nation in debt and trying to live off of a $7.25 per hour minimum wage (at 40 hours a week if your are lucky to get full time employment), in places where housing costs alone is sky high (at around $2,000 a month in New York). You do the math to see if Americans are rich.

So the next time you decide to hate on Americans, stop and remember we are all in this world together and stereotyping large groups of people is just dumb.

Like the post, share it, pin it, comment on it, and/or do whatever social media magic it is that you prefer. Find out more about us in the understandably named “About Us” page and browse other posts in “Table of Contents”.

15 thoughts on “What Muslims Get Wrong about Americans”