As we face the end of the Gregorian calender year, I find myself thinking it wasn’t enough time. Somehow this year was shorter than all the previous years. And those previous years were shorter than their predecessors, and so on in an ever shorter year-scape.

But mostly, I think that I just get slower as the years pass. Or lazier. It is hard to say which, and collecting the data to determine whether I am slower of just lazier seems like too much work.

So as a tribute to a year that has passed too quickly, let us remember with fondness some stuff that went down here on islamwich.

We made some new friends!

We started discussing the serious stuff with our “Take Back Islam” series.

We raised money for good causes in Ramadan with our “Ramadan Giving” series.

We tried out bylines … But they annoyed everyone, so we 86’d them. YOLO!

We protested the assault on Gaza. And we continue to protest the occupation.

We shared some recipes– and rewrote some to make them halal.

CNN brought a lot of traffic our way.

We demystified some Quran.

We tried our hand at humor. We complained about culture clash and promoted understanding. We wondered when we would ever get over our Pinterest addiction (never! why would we?).  And we did so much more. But still, it seems as if we were short on time.

Look for more guest posts- written by those with different perspective on the Muslim ‘merican experience.

Look for me, Corbin, on Bela Hodood (“without frontiers”) on Al-Jazeera in January.

Come on down South to the beautiful city of Memphis were I will be giving a speech entitled “An Open Invitation to Understanding Islam and the Muslims” in March. Update: too late! But you can watch it here.

Stay tuned for more of my serious series “Take Back Islam” and foolhardy attempts at comedy, more narratives from Siam, more fun and friendly lists from Lawrence, and more islamwich beautification from Elmasry.

So it’s 2014, and I have officially been blogging for 1 year. How do I know? Because the money to pay for my domain name has been extracted from my bank account. Oh, is that a party foul to talk about the ins and out of financing a blog? Oh well! And since it is on my dime, I am going to take this opportunity to say a thing or two about what I have learned in my year of blogging and living and so on: the good, the bad, and the fugly

1. Blogging is a full time job 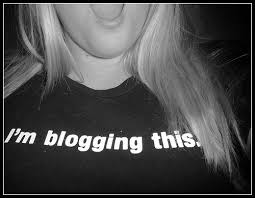 3. People fall into three categories 1- people who suck, 2-people who try to make the world a better place, and 3- people who have no reading comprehension.

4. Being consistent is hard.

5. We change very little from infancy, i.e. people only want to look at shapes and colors, i.e. pictures will bring people to your blog, but they probably won’t read anything you write. (of course “they” won’t, because pictures can’t read!)

6. 11 AM is not an acceptable time to wake up in the morning, even if you work from home and work 12 hour days.

8. Maxi denims skirts (that don’t look super Pentecostal-y or matronly) are hard to come by. P.S. If you know where to find them, let me know. 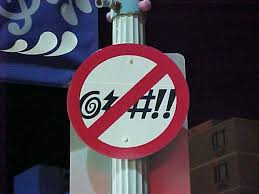 11. http://www.hyperboleandahalf.blogspot.com/ is the funniest crap on the internet.

13. There are a whole lot of women out there who hate women.

14. There are a whole lot of men out there who hate women.

15. Hijab shaming is just as effective as cleaning your kitchen with a dirty diaper.

16. Just when you think you are always right, you are the most wrong.

20. Never blog after foot surgery, no matter what the Lortab told you.

21. Spelling “so” with more o’s doesn’t give it more emphasis, even if that is what you intended.

22. Going to Wal-Mart will help you feel less fat.

23. The common consensus does not create reality. This one was a painful lesson.

24. Usually the bigger the opinion the less informed the person.

25. Islam is amazing: Muslims could use some work.