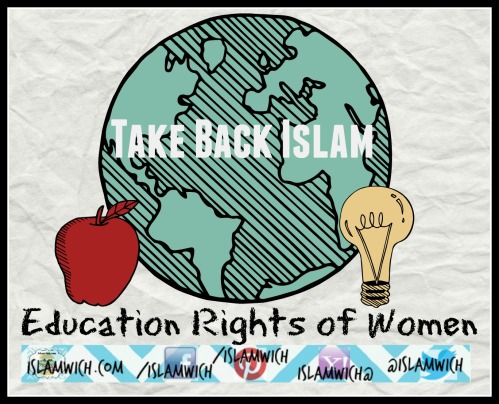 There is a saying that many repeat, but some do not apply in their lives, communities, or countries. Educate a women, educate a nation. This saying became very dear to me. It became my mantra. It became the soothing balm when I turned to religious knowledge to fight this denial of education to women.

The fact that this needs to be said and is not just something everyone knows is truly depressing.

Muslims have a history filled with female scholarship, secular and religions. The Prophet Muhammad (PBUH) set aside days on which to teach the religion to female companions. And he did not just set these days aside to separate women as some will have you think. Men and women sat in sermons together. He set aside a day for women to pay special attention to the women of his community, to give their questions, concerns, and education the attention it deserved.

Abu Sa‘id al-Khudri reports that some women said to the Prophet (PBUH) “men have gone ahead of us (in terms of acquisition of knowledge). Therefore, appoint a special day for our benefit as well.’ The Holy Prophet (PBUH) fixed one day for them. The Prophet (PBUH) would meet them on that day, advise them and educate them about commandments of Allah Almighty”. (saheeh al-Bukhari)

Aishah and Umm Salamah (ra) are among the greatest narrators of hadith. Much of what Muslims practice today in terms of their religion is transmitted via the education of these two great women. The world’s first institution of higher education, the University of Qarawiyyin in Morocco, was established by a Muslim woman, Fatima al-Fihriyya. 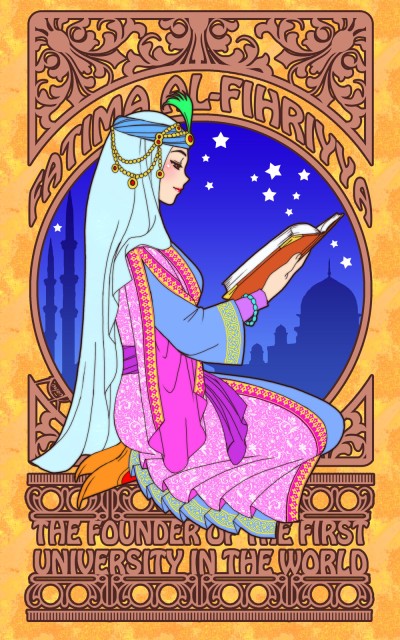 Ash-Shifa bint Abdullah was skilled in medicine and appointed by Umar (May Allah be pleased with them both) to a position of public administration during his caliphate. Rabi’ah bint Mu’awwad was a great scholar of Islamic law who taught even the male scholars of Madinah.

Not only did the Prophet (pbuh) facilitate the education of his female companions and set forth an example for future generations. He emphasized the utmost importance of education when he said, “seeking knowledge is mandatory for every Muslim.”

We also find Allah repeatedly telling us in the Quran to ponder, think, analyze, making no distinction between men and women. 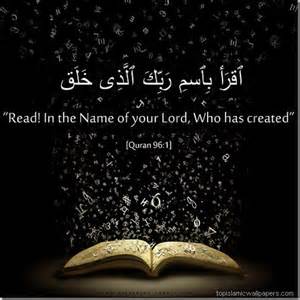 Seeking of knowledge or education for a Muslim is not distinguished between sacred and secular or even male or female. And the implication of these sayings of the Prophet and directives of the Quran is that every Muslim should pursue his or her education as far as it is possible, remembering that Allah tells us in the Qur’an: “Only those of His Servants who are learned truly, fear Allah” (Al-Qurân, 35:28).

Despite all this, in modern history, some parts of the Muslim world have seen a decline in female scholarship, due to the erosion of women’s rights – God given rights. And as a result, the Islamic world has seen a perpetuation of uneducated and poverty stricken communities and further deterioration of women’s rights.

In many parts of the Muslim world women are being highly educated and that needs to be celebrated. But still the fact remains that this is not true for all women and especially in parts of the world were “Muslim” radicals roam wild. And even if one girl is denied education based on her gender or because of some made up religious ruling, it is a topic the MUST be addressed and thoroughly refuted. 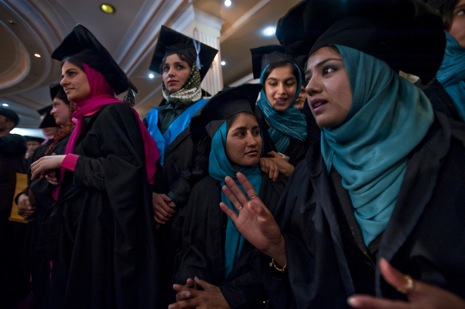 It is of the utmost importance for girls to regain their place at the grammar school desk, for women to take up their spots in the university, and in the tradition of scholarship, to reclaim the tradition of highly educated and empowered Muslim women.

According to a paper by Islamic Relief, a charitable organization which supports education programs throughout the Muslim world, “… girls’ education in particular has been shown to have substantial economic and social benefits … Studies have shown that communities with a high proportion of educated mothers have less health problems.”

Islamic Relief tells a story of one woman named Uzra who not only improved her own life through education, she also benefited the lives of everyone around her.

When Uzra was illiterate, she couldn’t help her children with their studies or read instructions on medication. Now, thanks to our women’s education programme, she can read and write, and runs a business employing 48 women. This income is vital as Uzra’s husband is disabled and cannot work.”

A number of studies show that a girl who is educated is better able to bring up her children in safety. She is better prepared to educate them. She is more likely to keep her family healthy. She will also be able to work and earn a living, crucial in many places where one wage is just not enough. She will likely live a life with less struggles and more fulfilment.

It is of the utmost importance to educate women, to educate our nation, to pull ourselves out of poverty, to have spiritual fulfilment, to have a chance.

Shaykh Mohammad Akram Nadwi says, barring Muslim women from education and religious authority is akin to the pre-Islamic custom of burying girls alive. I tell people, ‘God has given girls qualities and potential.’ If they aren’t allowed to develop them, if they aren’t provided with opportunities to study and learn, it’s basically a live burial.