Recently, the internet was set ablaze (again) when US Vice President Mike Pence declared that he doesn’t eat alone with women other than his wife.

Many people spoke up in defense of women’s rights. How dare this man in such a privileged, public position require all of his personal assistants be male?

What did he mean when he said he wouldn’t attend events where alcohol was served if his wife couldn’t be there to chaperone him? 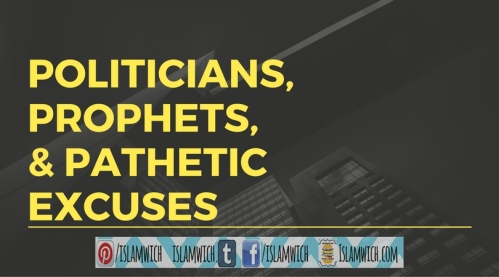 How could such a sexist, misogynistic, clueless individual attain such an important political position?

Oh, that’s right … Well, I suppose we should be thankful Pence doesn’t want to be alone with women. It could be worse. He could want to grab them wherever, whenever he gets a chance.

Truly, at first, it does seem a bit offensive – as a woman – to hear that I won’t be eligible for a one-on-one session with the Veep. Am I not good enough? Are my ideas, education, and theories not valid enough for this man?

But women weren’t the only ones who showed up to the boxing ring of public opinion. Many Christians who whole-heartedly support and implement what has come to be called the “Billy Graham rule” came to his defense.

Being the politics evader that I am, my knowledge of the topic only occurred after seeing a post on a FB friend’s page about the subject. I knew I could count on my friend – a moderately-liberal, open-minded, well-educated, freelance writer and academic – to give another Christian perspective.

While she agreed every person is entitled to their own moral code and should be allowed to avoid seclusion with the opposite sex as they see fit, she also pondered Pence’s choice of career. He knew going into this role that he would be required to have meetings, and private ones at that, with women worldwide.

The question makes perfect logical sense. Especially after coming to know that not only does he avoid being alone with women, but his wife also serves as his “gut check” on important issues. Important job-related issues. Political issues.

I’m not so naïve to think politicians’ spouses aren’t giving their significant others’ opinions now and then, but for said Significant Other – this was quite an admission.

However, what got my head shaking wasn’t Pence’s lack of dinner partners. It wasn’t even who he checks his conscience with.

After all, as a Muslim, I understand the logic behind not being alone with members of the opposite sex. Prophet Muhammad (peace be upon him) even said:

Never are a man and a non-related woman alone together that Satan isn’t the third party present. (Saheeh Muslim)

No matter what the initial purpose or relationship between the two individuals, there is always the possibility of natural instinct taking over. And the natural instinct of men and women, together, is physical contact.

So, being secluded with a non-related member of the opposite sex leads to temptation, and should be avoided, as is a teaching in Islam.

However, this does not mean, as some seem to think, that men and women can’t be in contact with each other at all.  There is a time and place for everything, and Islam was not set down to make our lives harder. As long as proper Islamic manners are observed, men and women are allowed to associate with one another for a variety of reasons.

Yet, I find it very hard to believe there would ever be an occasion where the Veep would truly be alone with anybody. But, for fun, let’s say he was.

This is where I get rankled.

He’s not saying women are the bane of men’s existence.

No, what Mike Pence is doing is putting the onus of his sexual propriety into his wife’s hands as her responsibility.

And why this gets me so mad is because it’s something I hear all the time: it’s the wife’s job.

To make sure a man doesn’t look outside, the wife has to be presentable and welcoming in the home.

To make sure a man doesn’t cheat, the wife has to heed his every beckoning.

To make sure a man doesn’t remarry, the wife has to make sure to return to her pre-child physical shape, have a son, have a daughter, have more than one child, keep a clean house, fix his favorite meals, be on-call 24/7/365, and treat him like a king.

But No. A husband’s choices are his own. And not his wife’s responsibility.

Islam gave women rights in all facets of life – including marriage. It is a partnership, not a master-slave relationship.

If a man wants his wife to heed his every beckoning, he must make sure his call is gentle and kind and reciprocal to the effort she makes. He must spark her interest and fulfill her needs.

As for the last one, it is never the wife’s job to preempt a man’s decision to cheat or take another wife. However, should he choose to do so (and yes, it’s a choice, not a need), he must never use a reason that places the accountability for his decision on his wife.

And, most of all, if a man decides to run for political office and wins, he must accept all the liabilities that come with it and remain conscientious in the fact that he has a brain and makes his own choices.

[…] and every soul earns not [blame] except against itself, and no bearer of burdens will bear the burden of another […]

If Allah doesn’t hold us accountable for others’ choices – good or bad – who are we to do it to each other?

So, with all due human respect, Mr. Vice President, I wouldn’t want to eat dinner with you, anyway.

Unless your wife is there. Because she looks like a nice woman.

One thought on “Politicians, Prophets, and Pathetic Excuses”